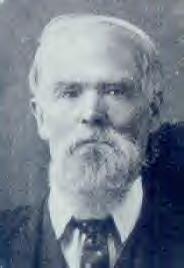 On October 1, 1863 he enlisted in the Union Army at Camp Nelson, Kentucky. He served in Company L, 8th Regiment, Tennesse Volunteer Cavalry and achieved the rank of Sergeant. After the War, Joseph B. Wallen experienced the call to preach the Gospel and became a Primitive Baptist elder. He died August 12, 1912 and was buried with Masonic honors.

Why did the Roberts move from Scotland to England?